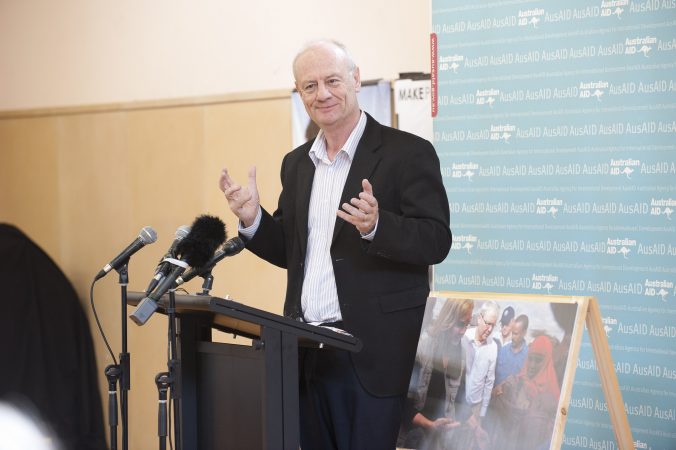 At ChangePath, we rely heavily on financial statements to assess the financial health of a charity. Our methods are relatively simplistic, and they aim to give a very basic metric for understanding if a charity is being managed well or poorly. Given these limitations, we shouldn’t fall into the trap of thinking that financial statements give us the whole picture.

Let’s look at a case in point: World Vision Australia. Tim Costello, the CEO, has talked about how Australian giving is waning and that “this has been the worst time of my life in 12 years at World Vision” 1. Last year, World Vision laid off 89 staff out of around 500 full-time, blaming the falling Australian dollar and the fact that child sponsorship has dropped from 80 per cent of the organisation’s revenue to 43 per cent in just over a decade 2. According to Tim Costello, this is an exceptionally tough time at World Vision.

And yet, a superficial glance at the financial statements appears to tell a different story. Revenue has steadily increased over the last four years, from 343m (2012) to 370m (2013) to 380m (2014) to $424m (2015). Donations are similarly rising slowly, from 287m to 307m to 309m. The balance sheet is healthy, and they have been relatively good at keeping expenses in line with revenue. While they did lose $1m in 2013, World Vision Australia posted a $21m surplus in 2014. A brief look at the numbers appears to show a charity in great financial health.

When finances and words diverge

So what’s going on here? Is Tim Costello lying? This seems very unlikely – charity CEOs don’t lay off staff without very good reasons, especially when it represents almost a fifth of all full-time employees. People are expensive to hire and train, and layoffs are terrible for morale. Occam’s razor would suggest that World Vision Australia is telling the truth and is indeed going through tough times 3.

More likely, what this illustrates is a few key problems with using financial statements to understand charities. First and foremost, you’re only looking at a snapshot back in time, often quite far back. When Tim Costello was quoted as saying it was the ‘worst time’, the most recent financial statements available were from the end of September 2014, nearly two years earlier. This is because you can’t write the financial statements until the end of the financial year, and it generally takes a few months for the final statements to be written and approved. So there’s close to a year-and-a-half gap between what’s actually going on and the financial information we have. The Australian dollar didn’t start its latest fall until just after that report was published, in October 2014, and the effects wouldn’t have been felt until sometime in 2015 at the earliest.

Even now in March 2017, a full year since the original news article, we’re still not much wiser about what exactly was happening in early 2016. The latest annual report available (as of March 2017) only gives figures until September 2015. Even then, there were a few mentions of hard times – the Board Chair’s report refers to it as a ‘challenging year’, which speaks volumes when you consider the rarity of hearing negative news in the introduction.

Another important point is that three years and the headline figures aren’t always enough context to see long term trends. While donations have been rising slowly for the last three years, to understand the strategic direction of World Vision you need to go back five, maybe 10 years and look at the trends.
Finally, it illustrates how relying on the big picture numbers can lead you to miss important events and get a warped understanding of the health of an organisation. If you just looked at the headline revenue figure in the 2015 financial report, you’d think World Vision was a picture of health, with steady revenue growth from the previous year. Yet a bit of digging reveals worrying trends. Child sponsorship income, by far the largest single income source and an important source of recurring funding, declined from $194 million to $186 million. This was masked by a significant uptick in donations of goods and in grants. Yet as the report notes on page 28, “the future for grant income remains uncertain”, and given that grant income generally funds specific projects rather than the running of the charity itself, it can create significant issues.

Of course, as with any media story, the way it is pitched is important. Look at the way they have phrased it – ‘child sponsorship had dropped from 80 per cent of the organisation’s revenue to 43 per cent’. This says nothing about the absolute numbers, only the relative numbers. Are donations falling and other types of revenue are taking up the slack? Or are donations rising but other forms of fundraising are rising faster? Without analysing the financials for ten years, it’s difficult to say.

It will be very interesting to see what the 2016 financial statements show when they’re released. I’ll update this article once they’re available.